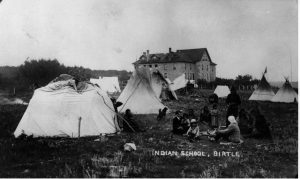 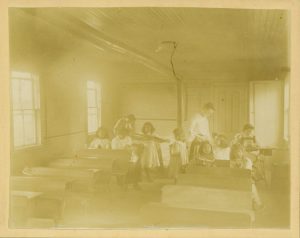 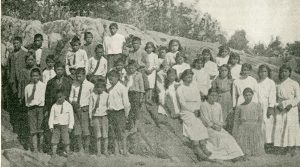 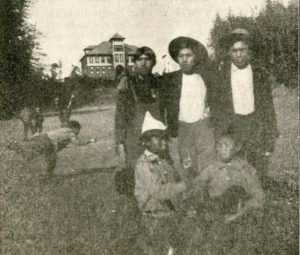 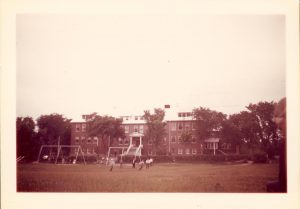 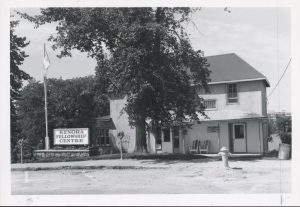 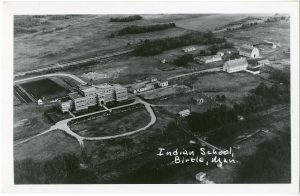 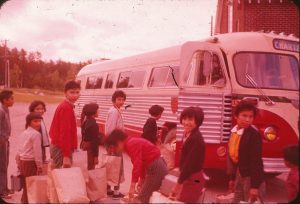 G-84-SC-62 Students at Cecilia Jeffrey Residential School waiting to board a bus to go home for the summer ca. 1960

The General Assembly adopts the Confession and the PCC presents it to Phil Fontaine, Grand Chief of the Assembly of Manitoba Chiefs 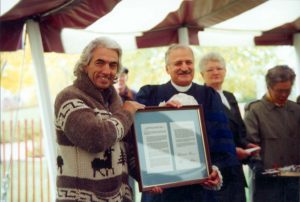 The PCC launches its first local leader training workshop for leaders of congregations, presbyteries, and communities

The PCC participates in the first national TRC event in Winnipeg, Manitoba 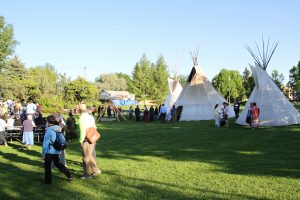 The PCC participates in national TRC event in Saskatoon, Saskatchewan The PCC participates in national TRC event in Edmonton, Alberta

The PCC participates in TRC closing event in Ottawa, Ontario where 94 Calls to Action are announced The parties of the Settlement Agreement, along with the Jesuits of English Canada, make a joint response to the findings and Calls to Action issued by the TRC. Second from the left is the Rev. Dr. Stephen Farris, Moderator of the PCC, 2015.

United Nations Declaration on the Rights of Indigenous Peoples 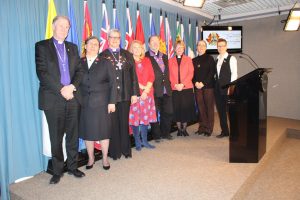